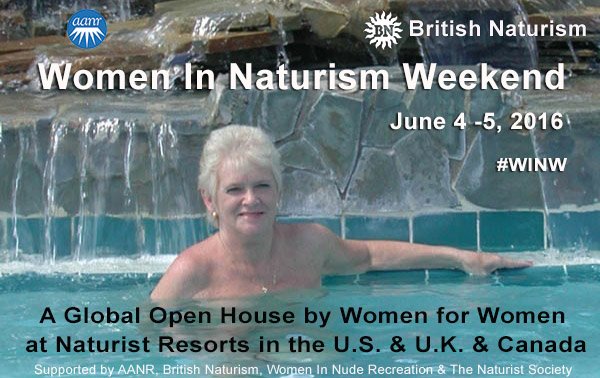 This week on Patreon amazing shots but the ever beautiful Sierra Rose. Check em out here for $1.

Teacher who had nude photos stolen by student attacked by district:

By MYRIAH TOWNER and CHRIS PLEASANCE FOR DAILYMAIL.COM and ASSOCIATED PRESS

A high school student who went through his teacher’s cellphone, found a nude picture of her and posted it online has been charged with a computer crime and voyeurism, while the teacher, Leigh Anne Arthur, is being attacked by the school district.

Union Public Safety Department Chief Sam White said the student, who is being charged as a juvenile, was taken into custody at Union High School without incident.

The 16-year-old is charged with a count of violating the state’s computer crime act in the second degree and a count of aggravated voyeurism.

Meanwhile, the superintendent David Eubanks has said it was the teacher’s fault the photo was stolen and posted because she left her students unattended during a four-minute break between classes.

Leigh Anne Arthur has quit her job teaching mechanical and electrical engineering and computer programming after a student, 16, took her phone and shared nude photos of her online. On Friday the student was charged with a computer crime and voyeurism,

David Eubanks, interim superintendent of the Union Schools District, hit out at Arthur, accusing her of lying about the incident and saying she should have been supervising the class.

Arthur said she was in the hallway greeting students as they entered class which the school requires (Union High School above).

Eubanks, interim superintendent of the Union Schools District, hit out at Arthur, accusing her of lying, saying; ‘It is my understanding that one student has been charged with the crime of transmitting pornographic material using electronic media.

‘The exact charges have not been provided to the school district by local police who have been involved with this incident from the start. The student will now also face possible expulsion from the school District.

‘It is truly unfortunate that a teacher charged with proper supervision and care of students failed to fulfill that responsibility in her classroom.

‘Evidence indicates that Leigh Anne Arthur was not in her assigned position at the time of the incident.

‘Evidence also indicates that she allowed students to use her personal cell phone on a regular and routine basis.

‘Evidence also indicates that the phone was routinely left on her desk for student use and was never locked.

‘Ms. Arthur has used the media to transmit false information obviously intended for the purpose of deflecting the incident totally to students. The evidence available, points to the extent of her false statements.

‘Her failure to supervise her students along with allowing students routine access to her personal cell phone constitute an evident unfitness for Ms. Arthur to continue as a classroom teacher.

‘We are not aware of charges that may be filed against Ms. Arthur. We do know that her failure to properly supervise students entrusted to her care will negatively impact the lives of students and their parents.’

Arthur said she was in the hallway greeting students as they came in to the class, and has only ever let her nephew use her phone at school.

The student is being held in juvenile detention for a hearing in family court. There have been no other arrests, but the investigation is continuing, the chief said.

Officials said it’s not clear how many people may have seen the social media postings of the photo.

Arthur has quit her job teaching mechanical and electrical engineering and computer programming at the school’s vocational center.

Arthur, 33, told police on February 18 that while she stepped out of her classroom, a boy took her unlocked smartphone from her desk, opened the photos application and found a nude selfie she had taken for her husband as a Valentine’s Day present.

As of late Friday, almost 12,000 people had signed an online petition urging school district officials in the community in northwestern South Carolina to give Arthur her job back.

Rebuttal: Arthur (above) said she was in the hallway greeting students as they came in to the class, and has only ever let her nephew use her phone at school.

Nearly 12,000 have signed the petition (above) which calls for Arthur to return to the Union County Career and Technology Center, saying she was forced out despite her privacy being invaded.

School district officials have hit back, accusing Arthur of lying in her statements, saying students were routinely given unsupervised access to her cell phone.

The voyeurism charge makes it illegal, for the purpose of sexual gratification, to record or make a digital file of another person without his or her consent.

The computer crimes charge makes it illegal to take possession or deprive the owner of a computer of computer data.

Both charges are misdemeanors for a first offense, but if the teen is convicted on both counts he could be sentenced to a maximum fine of $10,500 and four years in prison.

Students Jacob Barnett, Josh Sinclair and Matthew Caldwell said Arthur was pressured to leave her job despite her privacy being invaded.

Speaking via email, Jacob Barnett said on Thursday: ‘There is an unspoken rule of the classroom; everyone knows it, don’t touch what’s on the teacher’s desk, or anything that belongs to anyone else.

‘Her phone is her private property, and whatever is on it is her business.’

The petition adds: ‘Leigh Anne Arthur is the victim of a blatant attack of her privacy. Personal photographs were illegally obtained by a student and were sent to other students in the school.

‘After being escorted off of school property, we (the students) are left to believe that she has been forced to, or given little choice but to resign.

‘Mrs. Arthur has not only shown tremendous dedication to her students, but also the mechatronics program itself, often reaching out to local businesses and colleges to get materials that would not normally be available for the class.

‘With that being said, the student(s) responsible have not received any sort of punishment. The circumstances in which Mrs.Arthur was let go is unacceptable, and must be corrected.’

Arthur also claimed the student involved, who she has identified but chose not to name, had a grudge against her, telling her ‘your day of reckoning is coming’ before sharing the pictures.

Man is the sole animal whose nudities offend his own companions, & who, in his natural actions, withdraws & hides himself from his own kind

In Fashion, Fat Is Still a Taboo

As a nude model specializing in outdoor shoots, I do a lot of posing in traditional desert landscapes — dry lake beds, slot canyons, sand dunes. But my most popular locations are ruins — abandoned buildings, old mines, the abandoned waterpark, the old cement … Continue reading →